The last time I did any maths was a GCSE in 1991- and I mean real maths, not splitting a bill, checking my change or counting children on school trips.  But even these things are done using my own idiosyncratic method and I don’t show my working.  So I probably wouldn’t get any marks for them in an exam, even if I arrived at the right answer and realised that 37 – 1  meant that I had left a child in the service station 20 miles back.

So I thought I’d better put in some practice before I have to start teaching maths in Cambodia next month, and I got out the list of topics.

So I googled base number.  Apparently it is ‘a number which is going to be raised to a power.’

So I googled power.  This tells you how many times to use a number in a multiplication.

I think I get this last one, it’s like squared or cubed, but the other two are definitely still fuzzy … I can’t help thinking of numbers raised to a power as being despotic – probably plotting a violent coup and fighting me every step of the way as I struggle to subtract them from their bases.  If it comes to a showdown between me and the numbers, I’ll put my money on the numbers winning – although I will be able to use my idiosycratic methods to check my winnings and make sure I haven’t been short-changed.

I have decided to abandon complementary numbers and start with number patterns instead, as they sound far less threatening.  I will post a progress report next week. 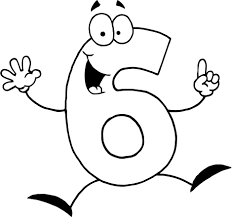